Walmart’s New Patent Could Mean No Privacy on Premises 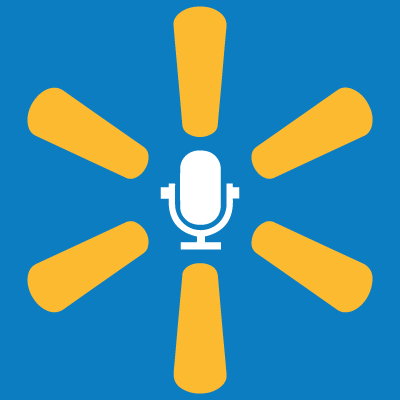 We usually discuss how a business can help keep itself more secure. Unfortunately, this time we have reason to discuss the potential for a business to undermine the privacy of its own customers and staff. Walmart recently applied for a patent for a new surveillance technology that, buried in the jargon, holds many details that undermine the security of every customer and employee who works there.

What the Patent Says
This patent, titled “Listening to the Frontend,” illustrates a new development in data collection that Walmart may or may not ever implement, but either way hints at how technology can be abused as easily as it can be leveraged.

Listening to the Frontend illustrates and describes a system for recording the interactions between a customer and an employee as they interact at the checkout line. According to the patent, this system is intended to assist Walmart in cutting back costs and increasing their customers’ satisfaction levels. As patent US010020004 states, “Tracking performance metrics for employees to ensure that the employees are performing their jobs efficiently and correctly can aid in achieving these cost savings and increases in guest satisfaction.”

The patent goes on to describe how certain sounds can be leveraged to determine assorted performance metrics, like how efficiently an employee is bagging merchandise based on beeps and rustles, how long lines are based on the distance between different customers talking in line and the sensors at the terminal, and whether or not an employee is properly greeting guests.

So, despite a statement insisting that Walmart would not be listening to the content of the audio, Listening to the Frontend itself states that the system would be able to “process the audio of the conversations to determine whether the employee stationed at the terminal is greeting guests.” The patent goes on to specify that “If however the performance metric is based on the content of the conversation (e.g., was a specific greeting used or script followed), the system can process the audio detected by the sound sensors 102 (e.g., using speech recognition) to determine the performance metric.”

Why is Walmart Doing This?
In a word, profits. According to the patent, the whole idea is to establish performance metrics that can then be used to optimize how Walmart’s point-of-sale can be made more efficient, and from there, it isn’t a long stretch to reach “more profitable.” To which one may say, “Fine, fair enough.” They may not like it, but if the only influence is that it gets a shopper home that much faster, it will more than likely be accepted as the new status quo. After all, what harm is it really doing?

However, Ifeoma Ajunwa, who is an assistant professor at the Industrial and Labor Relations School at Cornell, had plenty to say about the potential damage this system could cause.

First, let’s return to the fact that Walmart’s workers have no union by which to protect their rights - including their right to privacy in the workplace. This means that, if Walmart could prove that Listening to the Frontend was in no way meant to be discriminatory and was “nothing personal, it’s just business” (a phrase attributed to criminal accountant Otto Berman, by the way), they could easily have the systems installed, without having to even inform their employees.

So let’s assume that these systems were initially put in place to measure efficiency. However, Professor Ajunwa’s concern then becomes especially real. Her concerns, outlined in the study Limitless Worker Surveillance, included such phenomenon as “mission creep.”

Mission Creep
Listening to the Frontend is currently on record as being intended to serve as a productivity tool, analyzing the situation at hand and alerting workers that there needs to be a quick change in the workflow - is a line getting too long? Better open up more checkout aisles!

However, mission creep could swiftly turn the technology’s use away from that purpose and to a new one. Mission creep is simply an admittedly ominous way of saying that this kind of tech could easily be repurposed to do different things after it has been installed.

For instance, the technology described in Listening to the Frontend could easily be repurposed to be a way of keeping an eye on employees to always be evaluating their performance. So, if a cashier is getting too chatty and their lines tend to be longer, this technology could presumably be used to collect the data needed to justify some sort of punishment - and as a result, a friendly employee could suddenly find their hours cut back, or even learn that they had just been fired.

Other Effects of Surveillance
Ajunwa also explained that, as one might imagine, constant workplace surveillance can often have a negative effect on productivity, despite the technology’s intent. Often, it can create feelings of distrust and discontent toward an employer, as well as hamper creative thought and ironically, efficiency. Haven’t you ever found that you work much slower when you’re being watched?

Don’t get us wrong, if increased efficiency is truly Walmart’s goal, power to them for trying to improve the customer experience while enhancing their own bottom line - it’s just that they are going about it in arguably the worst way possible.

The Right Way to Keep Watch
Frankly, this should be a bit of a no-brainer, but if you intend on monitoring your employees’ behavior on your network during work hours, make that announcement part of the job interview, and remind your employees of it often. Be clear and open from the beginning about the consequences of misusing company resources, and stay true to your word. Walmart’s big problem isn’t that they’ll be listening, it’s that they’ll most likely be listening without letting anyone know - and that’s where the invasion of privacy concerns come into play.

Frankly, there are plenty of valid reasons that you will want to be able to see how your employees are using the technology you’ve provided them to use on company time. After all, it’s one thing to check social media while on a break, but you don’t want them shopping online when they’re there to be working, either, or watching some silly viral video. Technology Specialists can help you keep the balance between too much and too little oversight. If you’re ready to be open with your employees about what you plan to do in your business to ensure security and efficiency, and you’re ready to implement it, give us a call at 260-422-3979. We’re here to help you run a fair and proper business with the help of our technology solutions. 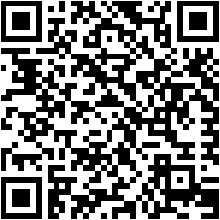